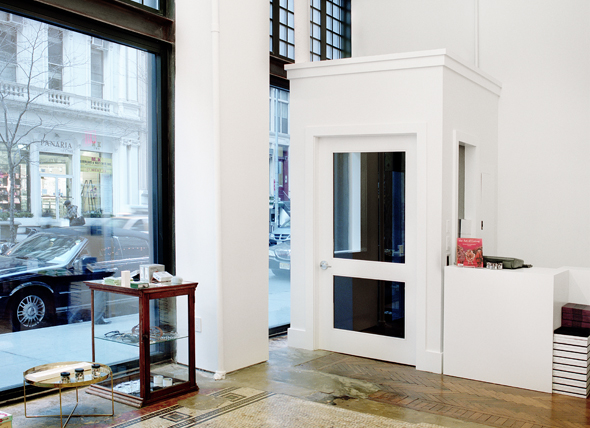 No. 8a opened at the Ace Hotel New York in February 2010. The store offers their version of a travel and hotel shop, carrying an assortment of printed matter, candy, clothing, accessories and curiosities by manufacturers and designers including Papabubble, Chester Wallace, Bless, Mühlbauer, Maison Martin Margiela, Various Projects and now London Undercover

Since opening its doors in 2009, the 12-story Ace Hotel New York has become a favourite of locals and travellers alike. Located on 29th Street and Broadway, the Ace is known for its thriving nightlife scene as well as its restaurant and store partnerships.

Our new Gentleman's Scarf Collection is now on...

Our New Mini-Folded range is OUT NOW!