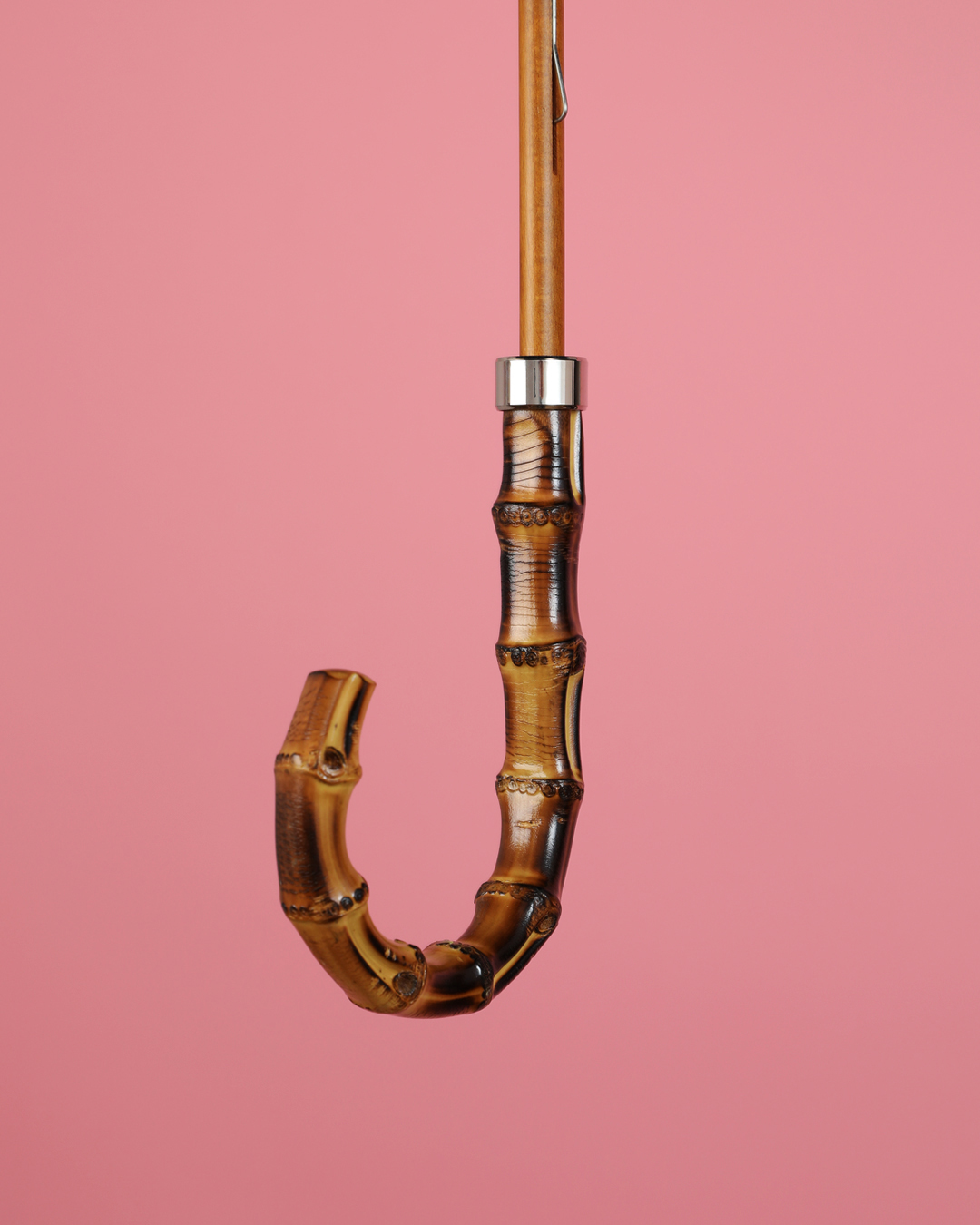 Some of our most popular umbrellas are made using a traditional Whangee handle. Pronounced (huáng-gi) this hard-wearing woody stem refers to any of over 50 Asian grasses from the genus Phyllostachys, a genus of bamboo in the Poaceae family. Each grass grows at different lengths and speeds. 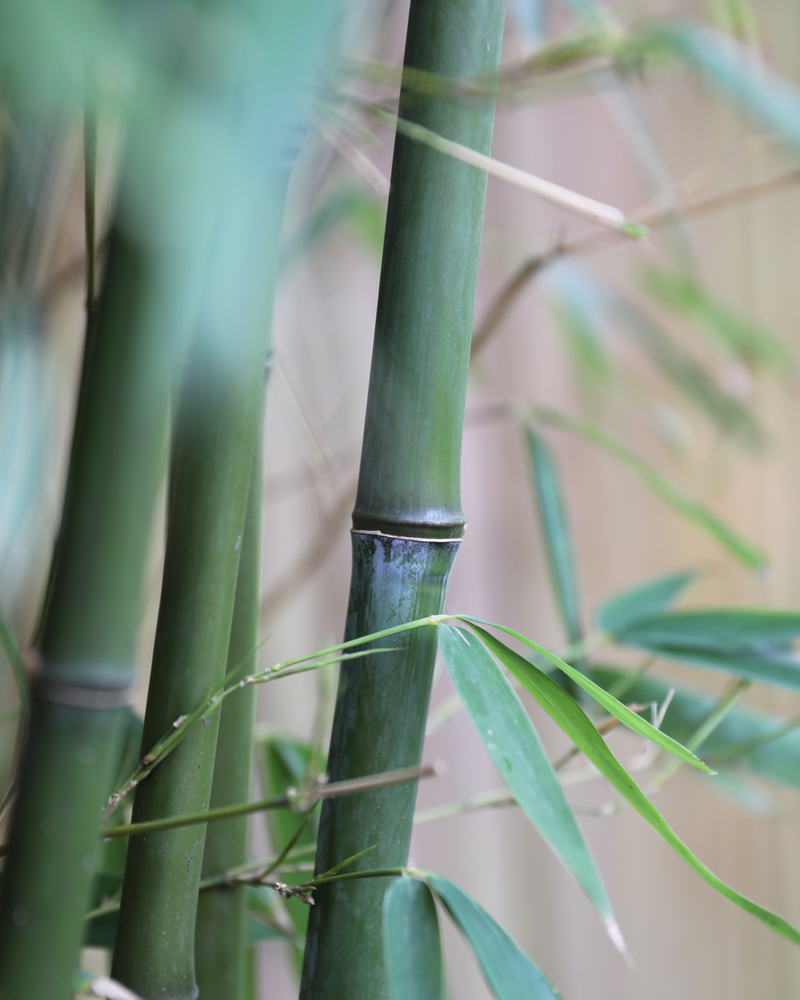 Whangee is primarily grown in China, Japan and the Himalayas where it is ethically sourced throughout the year. Unlike a tree, Whangee can be cut it down and will completely regenerate in less than four years. It’s the fastest growing plant on earth and has been known to grow up to 91cm in less than 24 hours. This makes it one of the best sustainable resources out there.

Whangee is 100% biodegradable. As an ethical brand, we believe in using sustainable resources during our umbrella-making process. We have been working with recycled and sustainable materials since 2008 and Whangee handles are no exception.

Bamboo absorbs 30% more carbon dioxide and releases more oxygen into the atmosphere compared to the same mass of trees. It is also naturally anti-microbial, anti-bacterial and requires no irrigation or pesticides. Not only is it an eco-friendly resource but it’s an incredibly strong material, to such an extent that in the parts of Asia where it’s harvested it’s commonly used for scaffolding. It is considered stronger than steel, having a tensile strength of 28,000 against steel’s 23,000. 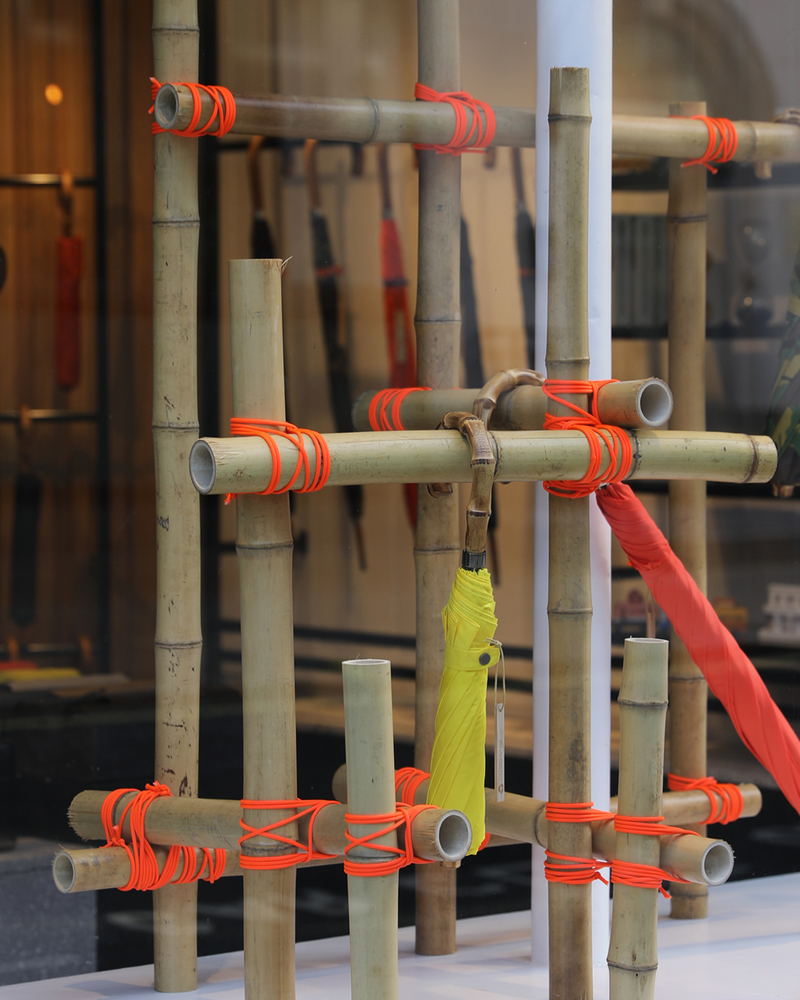 The Crook in the handle is created by a ’heat and bend’ method. By applying heat and pressure at the same time we can carefully curve the handle into the perfect shape. It is then tied up with string to cool and fix the curve into place. 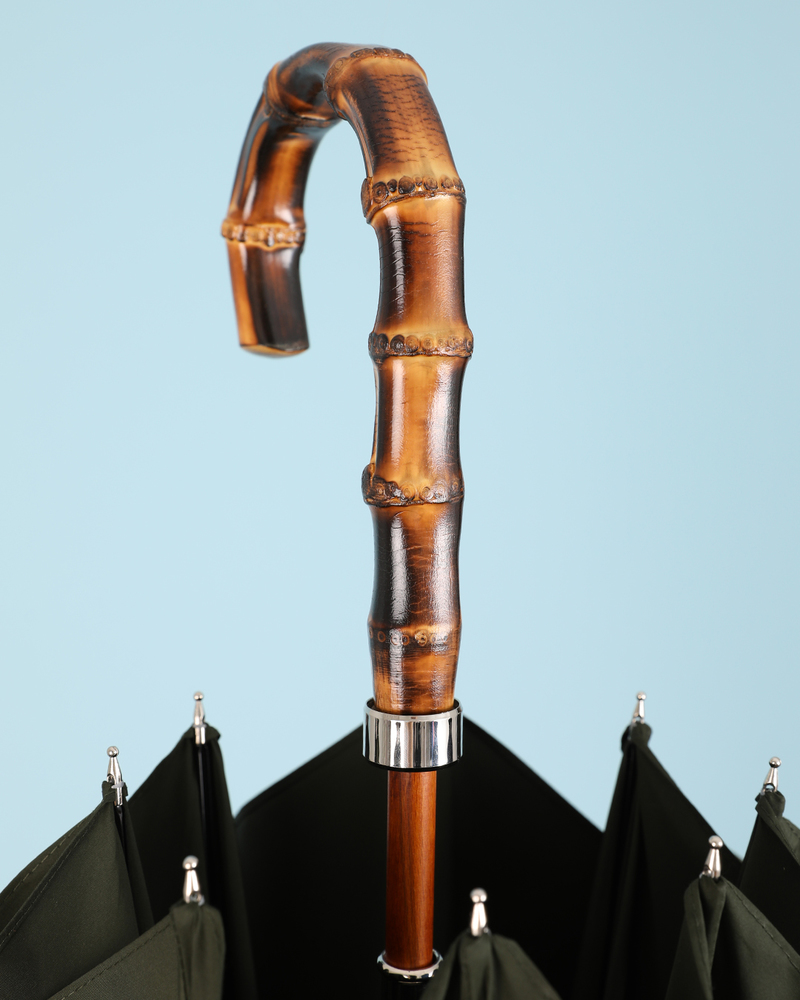 At London Undercover we offer Whangee handles in two models:

Both versions can be engraved and personalised and come in a variety of different colours. 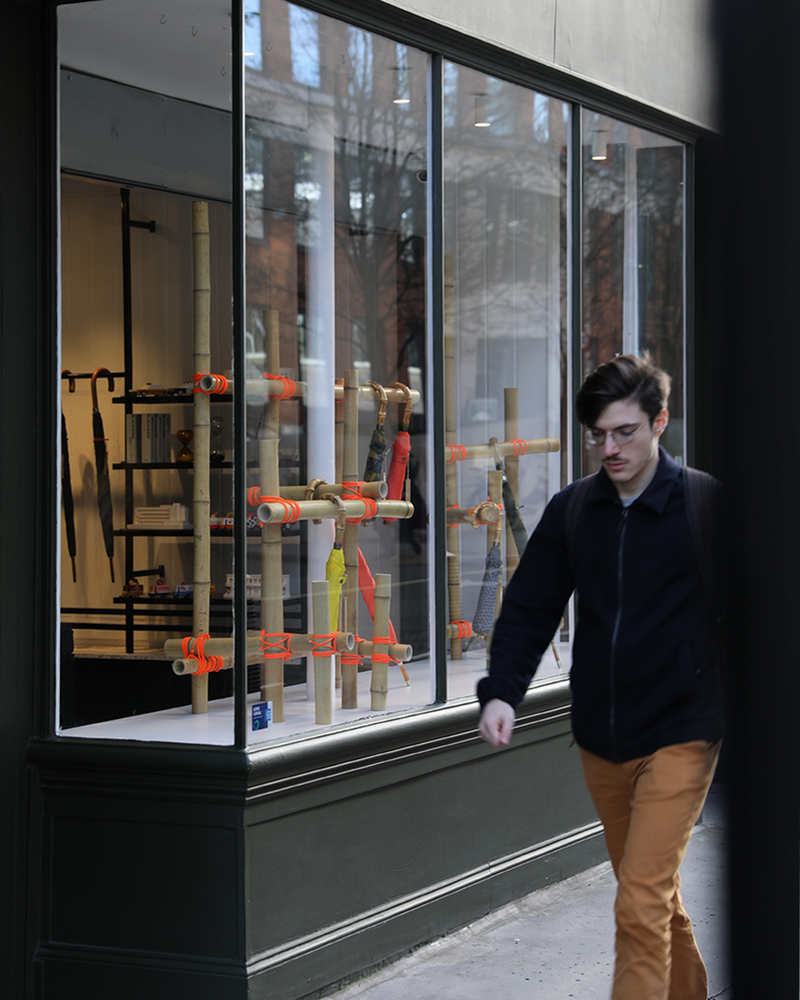 Shop now
Prev article
Back to journal
Next article

London Undercover at Capsule in Paris

We'll be showcasing our new collection for...

The Beatles Umbrellas for Bloomingdales

Together with Bloomingdale's and Apple Corps...

Behind the scenes of our Umbrella Stands being...